Pupils from West Monmouthshire School in Pontypool held a coffee morning to raise money for the British Legion followed by a Remembrance Assembly on the 9th November.  The young people are all part of the Equal Project which supports Gypsy and Traveller children at the school and this is the fourth year they have commemorated Remembrance Day at this special event. In attendance were the Mayoress of Torfaen, the Head of the Community Council, members of the British Legion, Torfaen Sport Development, Romani Arts, Torfaen Youth Service, school staff and the EWO service

The assembly was led by Lynne Robinson and Pastor David Miller; Lea Jones played the last post and members of the British Legion carried the standards. Pupils chose to read the poem ‘Jack VC’  about John ‘Jack’ Cunningham who was only 17 when he received the highest military honour, the Victoria Cross ( you can read the poem here). Readings were done by Adalaide Purcell, Jolene Fisher, Angel Price, Carly Thomas and John Ross Court.

The young people had made cakes and poppies to sell at the coffee morning and the total amount raised  was £450, this takes the total for the past 4 years to £1,136 – a real achievement! 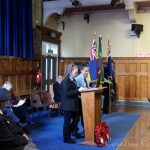 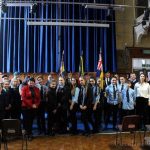 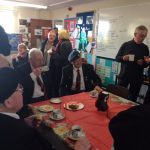 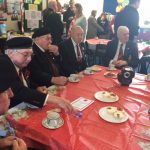 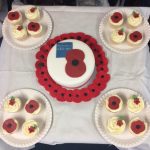 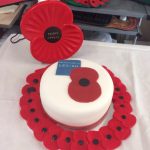