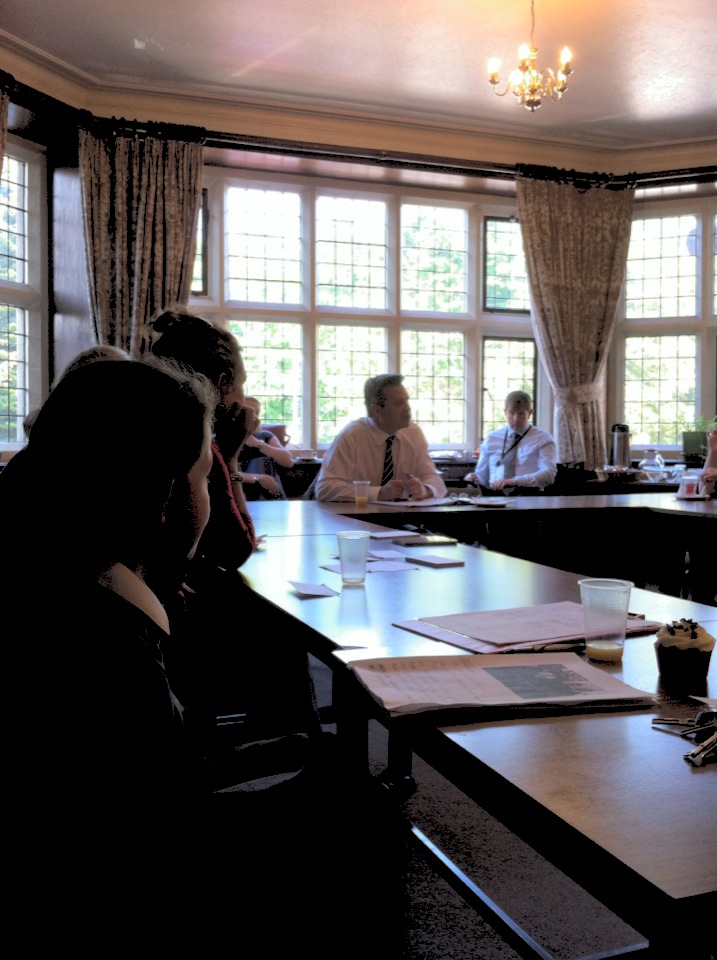 On Thursday 6th June, the Travelling Ahead team made our way to Wrexham to meet with the Wrexham and Flintshire young peoples’ forums and Huw Lewis, Minister for Communities and Tackling Poverty. A very bright young person from the Wrexham forum opened the event with a presentation and a film was shown that was developed to improve the transition between primary and secondary school for young people. The film was aimed at young people and provided information to relieve the fears about making friends, settling in and getting help, which is really useful.

The minister was very friendly, encouraging and supportive and the young people responded to him well. He was keen to learn more about the culture and pledged his support for tackling discrimination in the media. The new minister explained that he was new in post and was looking to learn more about the culture and the challenges, prejudices and discrimination they face on a daily basis. Topics discussed included “why do we have to go to school?” and “why don’t boys go to school?” which fuelled questions around education, welfare, home schooling and improved choices that education can open.

One of the biggest subjects put on the map was about prejudice faced by the settled community. If we had a pound for every time a Gypsy Traveller young person said “We are human beings, just like them”, there would bags to fill! This general lack of awareness and understanding is really difficult to hear, and is unfortunately the basis of nasty name calling and bullying in school. Programmes like “My Big Fat Gypsy Wedding” has only made this worse. This is why the young people made the film Travellers’ Tales which can be viewed here [vimeo http://vimeo.com/65775336]and why we at Travelling Ahead spend so much time building awareness on what hate crime and racism is.

So we were very pleased to see that the young people had made an impression on the minister in regards to this point. At the Welsh Government Plenary session at the Senedd on Wednesday 19th June, Minister Huw Lewis was asked some questions about the sites duty and Gypsy and Travellers, and also a question about negative stereotyping by A.M Julie Morgan. As part of his answer he mentioned his meeting with ‘Wrexham Youth Forum’.

This is what Huw Lewis AM for Communities and Tackling Poverty said:
“I have recently met with the Wrexham forum for young Gypsies and Travellers—a remarkable group of young people who explained to me the difficulties they face from young people in particular from the settled community. All members of the Welsh political class would benefit from such a conversation. It was quite an eye opener for me to realise that a lot of the negative attitudes and stereotyping that their community had faced for many generations was now migrating onto the internet, and as young people, they were being exposed to these attitudes from a wholly new direction. It was an eye-opener for me, and I recommend that any Member here who has a Gypsy and Traveller community within their constituency spends some time having a conversation like that one.”
(Source: http://www.assemblywales.org/docs/rop_xml/130619_plenary_bilingual.xml, 19/06/13, accessed 21/06/13)

It is great to see that the young people obviously made an impact on him. Now how do we change those attitudes…?